By, Pete and Mom

of a planet called Jakku

On the planet of Jakku

of a planet called Jakku

The wars they won

The ships they flew.

When you first arrived in a swirl of snowy icicles I welcomed you with hopeful anticipation. There was so much to look forward to. Remember?

I told you my wish. How I hoped my family would grow and learn and keep believing in our dreams. That we would share goodness and kindness and joy with others. And we would try our best to approach your year with humor and graciousness, even when things became difficult.

So thank you 2016 for accommodating my wishes because as you now depart, once again in a whirling blasted breeze of ice, all of those things have come true. But it hasn’t been easy, especially since there have been formidable challenges, wall-like obstacles and we’ve even lost a few friends along the way.

You’d probably agree that in my writing life, things went up and down. On the downside, I didn’t sell a book in your year. But on the upside, I had an agent working tirelessly on my behalf, and for that I am profoundly grateful.

Though, in the capriciousness of your year I had moments of pure rewriting dread. Receiving feedback on stories, being told they’re not ready, shaking off the self-doubt, and continuing on with grace and dignity is not easy.

But thankfully, as I say goodbye to you 2016, the dream is still alive. In the fall of your whirlwind year, one of my short stories was accepted to be part of the Smithsonian Institute’s Water Way exhibition in our new library. It was posted for several months and as the traveling exhibit moved on to its next destination, there was a nice reception in honor of the occasion. 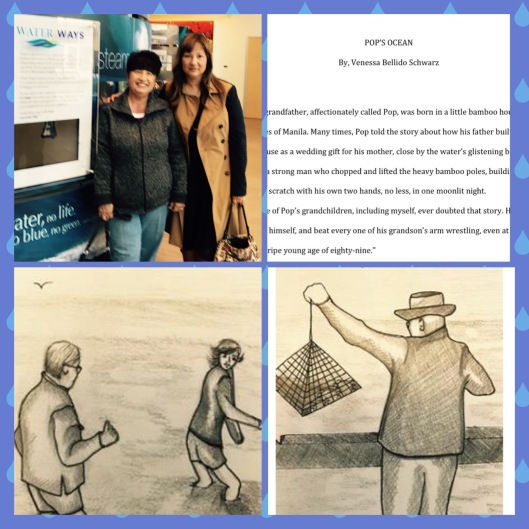 My mom and I at the exhibit and Mom’s illustrations to go along with my story, “Pop’s Ocean.”

You also brought some unexpected surprises. My parents left behind their little RV in the sunny west coast and bought a place in a senior park here in the northwest. This development changed the dynamics of our family life for the better. During the springy springtime of your year we calked and painted and made their new place beautiful.

They bought the trailer for only nine thousand dollars, but now it looks like a million bucks! 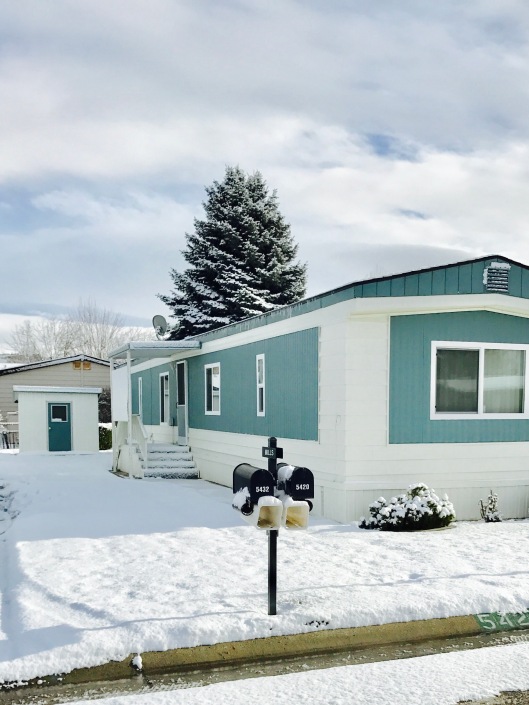 And you gave us a wedding to look forward to. Remember when Melissa and Victor got married in the Rose Garden, her grandfather officiating? So pretty. 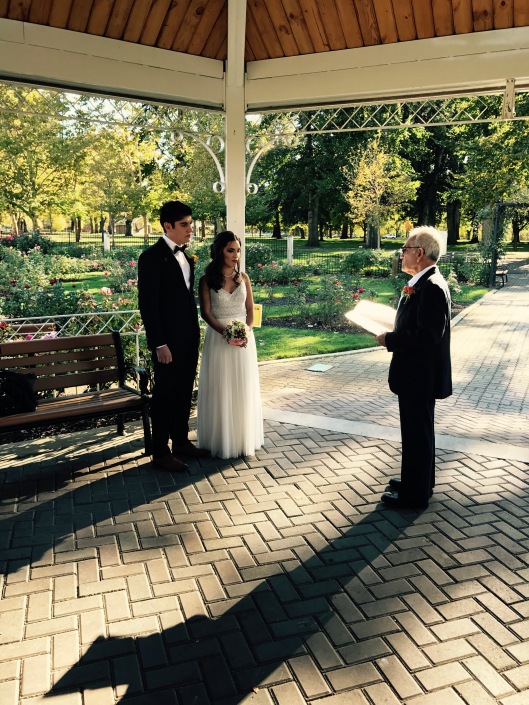 Last of all, my dear 2016, we leave your year behind along with a few of our treasured friends. Ray Harriman was a mentor to both my husband and I, giving our life direction when we needed it the most. A good man. A spiritual man. The strength of his conviction will fortify us during the years to come. We’ll miss him sorely. 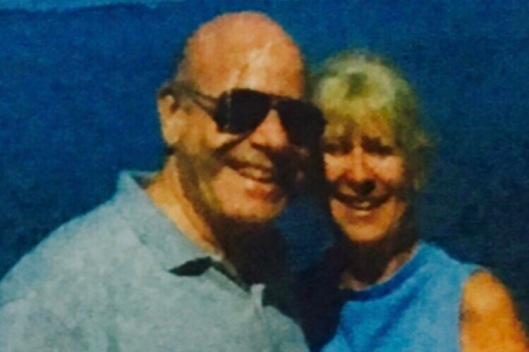 Also, tragically you took our friend McCall Jones. Only twenty years old. Hiking with his friends near a rocky cliff in Hawaii, he fell into the ocean, swept away by the roiling waters. His body was spotted by a rescue helicopter, but McCall was unable to be recovered. We are deeply saddened by this horrific accident. At his funeral his mom said, “McCall loved you.” Those words I will cherish always. 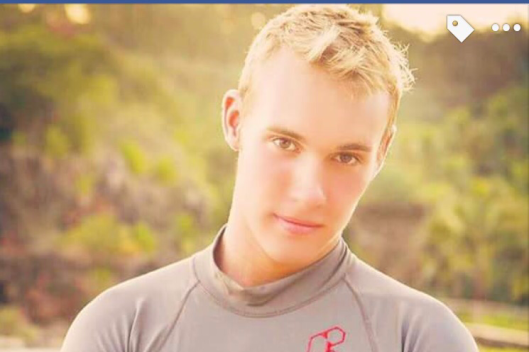 My last parting words to you are true. You only promised that days and months would go by, and it was up to me to make them worthwhile. I hope I did.

But for now, I’ll end this letter wishing you well with the hopeful expectation that 2017 will be kind to us all.

It’s true. Opening night of ROGUE ONE, with pre-purchased tickets in hand, we arrived super early, ready to wait on a very long, fan-filled line, adrenaline rushing through our STAR WARS adorned bodies. In fact, my twelve year old son has an app that’s been counting down the minutes and seconds to the highly anticipated newly released blockbuster, and as a family we approached this day as if it were a holiday.

My husband took off work the following day, my son school, and I cleared my schedule so after the eve of opening night, the next morning we could bask in the aftermath of the movie, dissecting what we saw, discussing what it meant.

Mind you, when I was a little girl and Star Wars Episode IV, A New Hope was released on May 25, 1977, my parents took my brother and I to an old theatre on the eastside of our dusty town, and I remember watching those starships battling in a “galaxy far, far away.” But I wasn’t impressed.

I remember thinking: Wow, what a corny idea. Boring. All these space battles are making me tired. Maybe I should take a nap. Today, when my husband and son hear me describe my early opinions of Star Wars they say those views are paramount to being sacrilege. So, honestly, they are the reason I’m a fan today. They helped me to expand my galactic horizons.

A foreshadowing of how Star Wars would effect my life came before we were married. It was just a few weeks until the wedding day and the time came to move my personal belongings into my future groom’s apartment. Above his bedpost, a huge Star Wars poster from Episode IV, hung on the wall.

I thought: No, no. I’m not going to sleep every night with a scantily dressed Princess Leia, Han Solo and these other unsavory characters looming above my head. So I took the poster down and replaced the open wall space with a black and white portrait of two small boys running away from home. One of the little dark-haired boys reminded me of my future husband. It was a sweet portrait. At least I thought so.

When my groom saw what I did-well-let’s just say it’s amazing we still got married. He wouldn’t forgive me for this nearly unforgivable faux pas for many, many years. The reason being: When I removed the poster, unbeknownst to me, the paper ripped and it was ruined.

I felt especially terrible because it was a rare poster and not easily replaced. But one anniversary, years ago, I found it, had it professionally framed and now it’s hanging on a wall in his office. When you walk in his office, one entire wall is floor-to-ceiling windows with a beautiful view of our state capitol building among rolling foothills.

But get this. His desk faces the wall, where you guessed it-where his Star Wars poster hangs. His clients sit in the two armchairs under the poster. That’s what Star Wars means to my hubby, and now my son is following in his footsteps.

At first, I didn’t get it. But last year, when Episode VII, The Force Awakens released, our theater ran an all day Star Wars marathon. Okay, now you’re going to see the strong influence my two boys have had on me. The first movie, Episode IV, A New Hope, the same movie I took a nap in as a young girl, started at 3:45 a.m.

Yes, you read that right. I had to wake up at three o’clock in the morning on a snowy winter’s day, maneuver through treacherous road conditions, to see all six Star Wars movies in a row, and at seven that evening the release of Episode VII, The Force Awakens. And you know what? I loved every minute of it.

I get it now. It’s the classic and timeless storyline of Good vs. Evil. It’s about unconditional family ties, an enduring hope, and the powerful “force,” drawing out our innermost desires.

It’s not just about space battles, it’s about the pull we all have to decide if we will do what’s right, even when it seems impossible to do so. Even when darkness is stronger than the light.